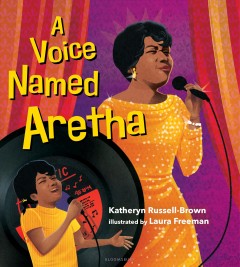 Katheryn Russell-Brown is the author of Little Melba and Her Big Trombone, which received the Coretta Scott King Illustrator Honor, the Eureka! Honor Award, was nominated for the NAACP Image Award, and was named a Best Book of 2014 by Kirkus Reviews, School Library Journal, and the Center for the Study of Multicultural Children's Literature, among others. She is a professor of Law and the director of the Center for the Study of Race and Race Relations at the University of Florida. Katheryn grew up in a family of music lovers, where R & B was an integral part of the sounds of daily life. She lives in Gainesville, FL.
www.krbrown.net

Laura Freeman received a BFA from the School of Visual Arts and began her career working for various editorial clients. Freeman has illustrated more than twenty children's books, including Coretta Scott King Illustrator Honor winner Hidden Figures by Margot Lee Shetterly, the Nikki & Deja series by Karen English, and Fancy Party Gowns by Deborah Blumenthal. In addition to illustrated books and other media, her art can be found enlivening dishes, textiles, greeting cards, and many other products. Originally from New York City, she now lives in Atlanta with her husband and two children.
www.lfreemanart.com
@laurafreemanart