Ruth's journey : the authorized novel of Mammy from Margaret Mitchell's Gone with the wind 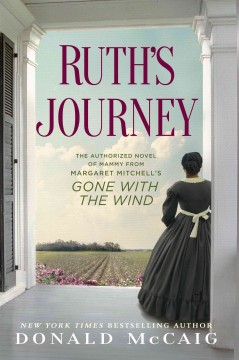 ► ▼ Google Preview
► Awards, Reviews, & Suggested Reads
▼ Summaries & More
Summary: On the Caribbean island of Saint Domingue, an island consumed by the flames of revolution, a senseless attack leaves only one survivor-- an infant girl who falls into the hands of two French émigrés. They take the beautiful child they call Ruth to the bustling American city of Savannah. What follows is the sweeping tale of Ruth's life as shaped by her strong-willed mistress and other larger-than-life personalities she encounters in the South. At once a proud woman and a captive, and a strict disciplinarian who has never experienced freedom herself, Mammy endures, a rock in the river of time.
► Additional Content
► Shelf Browser
► MARC Record