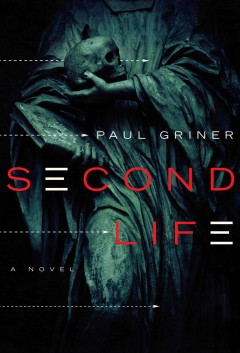 ► ▼ Google Preview
► Awards, Reviews, & Suggested Reads
▼ Summaries & More
Summary: "Second Life takes us into the strange world of the second life of bodies and what happens to the physical vessel after one dies. Elena Kelly is a body broker or "corpse wrangler," one of the best in her field. When she became too ambitious, cut too many corners and too many ethical (and legal) safeguards, she ran afoul of the law and medical profession, triggering a huge scandal in Louisville, Kentucky that quickly went national. She lost everything - and now humbled and on a strict, three-year parole, she works as coroner's assistant in Danville. Elena is still trying to come to grips with her regret and guilt when she is unexpectedly drawn into the search for her former best friend's missing body. Elena knows what can happen to a body that goes 'missing', how it can be salvaged and used indiscriminately for spare parts, and she endeavors to seek salvation in finding Lia and bringing her body home, as complete as possible. Her desperate search drags her back to the underworld of the dead and pits her against a new and nefarious corpse wrangler - one more talented and deadly than she ever was. Second Life pulls back the curtain on those who exist on the edge of the medical profession, the ones who remove skin and tissue and bones from the dead, for use by surgeons, medical students practicing technique, cosmetic surgeons, medical equipment companies and labs running medical experiments-anyone in need of muscle and ligament and bones. It philosophically explores our obligation to protect the dead and thrillingly examines what happens when we -literally- leave the land of the living. "-- Provided by publisher.
► Additional Content
► Shelf Browser
► MARC Record
◄ Search Results Showing Item 4 of 107
◄ Previous Next ►