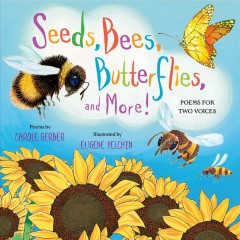 Carole Gerber has written many children's books, as well as several books for adults. She received her BS in English education from Ohio State, and after two years teaching middle and high school English returned to earn an MA in journalism. She has also worked as a marketing director, magazine editor, and freelance writer of textbooks, articles, and speeches. She lives in Powell, Ohio.

Eugene Yelchin is a Russian-born author and illustrator. In 2006 he received the Tomie dePaola award, and in 2010 the National Jewish Book Award. He is also the illustrator of Won Ton: A Cat Tale Told in Haiku and the author/illustrator of Breaking Stalin's Nose, which received a Newbery Honor. He lives with his wife and children in Topanga, California.