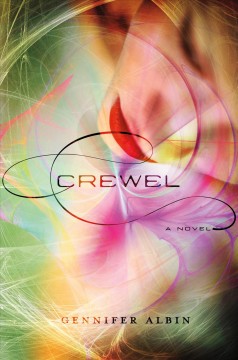 Search for related items by series

Gennifer Albin holds a master's degree in English literature from the University of Missouri and founded the tremendously popular blog theconnectedmom.com. She lives in Lenexa, Kansas, with her husband and two children.

Q&A with Gennifer:
Would you describe the world of Arras?
Arras is a world of cocktails, beautiful women who hide deadly secrets behind their made-up faces and silk stockings, and men who fear women so much that women have been forced into powerless roles. No one is quite who they seem and in the middle of it all, sixteen-year-old Adelice has to navigate a tangled web of lies and conspiracy to unravel the truth about her world and her identity.

What inspired you to create such a world?
I wanted to create a world that wasn't anything you might expect from a story about girls weaving the fabric of life. Weaving, sewing, and other needlecraft have always been considered womanly arts, so I chose to build Arras into a glamorous, but very Mad-Menesque world. There I can explore how girls feel about traditional jobs and responsibilities as well as the temptation of luxury and fame. And let's face it, writing characters in fedoras and pin curls is fun.

Are you like any of the characters in the book?
Eventually a high school teacher of mine is going to expose that Adelice gets her penchant for challenging authority from me. I've always been a big fan of the comeback, but as I get older I'm learning to bite my tongue. I think Jost would be proud.