Getting to know the U.S. presidents 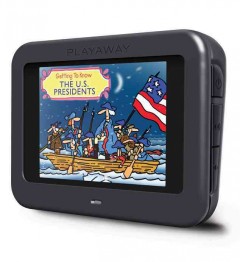 ► ▼ Google Preview
► Awards, Reviews, & Suggested Reads
▼ Summaries & More
Summary: George Washington: Everyone knows Washington as the hero of the Revolutionary War... but do you know why he turned down the chance to be King of America? What was his first job at the age of 16? Why he isn't smiling in his most famous portrait?
John Adams: This program tells the story of the Founding Father whose intelligence, generosity and courage made his term as second President extraordinary...even if he was too short-tempered and stubborn to be elected again!
Thomas Jefferson: Leading revolutionary, Governor of Virginia, Vice President and President, Thomas Jefferson served his brand-new country in many important ways. He even designed his own house, founded a university, and wrote one of the most important documents of our time.
Abraham Lincoln: Abraham Lincoln is a colossus of history -- a complex, brilliant, and yet un-likely hero who led the United States through one of its darkest and most-divisive chapters. Period prints and photos provide an introduction to the Civil War while original animation add the action, humor, and personality that keep kids watching.
► Additional Content
► Shelf Browser
► MARC Record
◄ Search Results Showing Item 3 of 3
◄ Previous