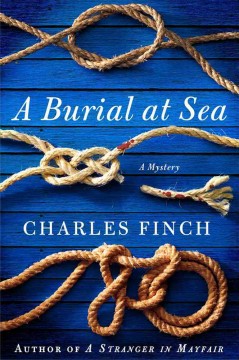 A burial at sea / Charles Finch.

In March 1873 aristocratic sleuth Charles Lenox undertakes a delicate espionage mission to Egypt, where five British agents have been killed, apparently by the French. But soon after Charles's ship sets sail, the captain calls on him to dust off his deductive skills when a crew member is murdered and left eviscerated on the deck.

Other Formats and Editions